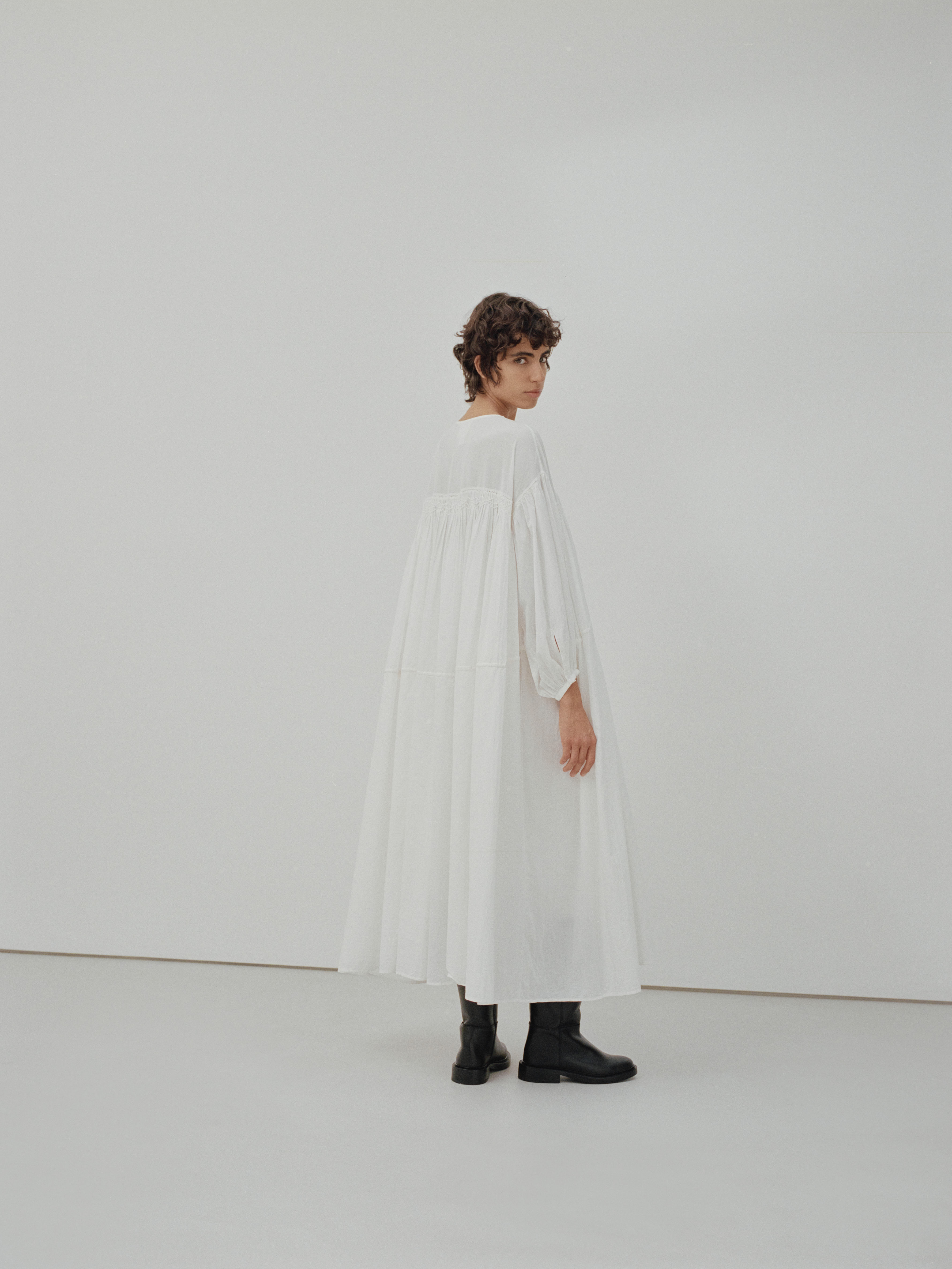 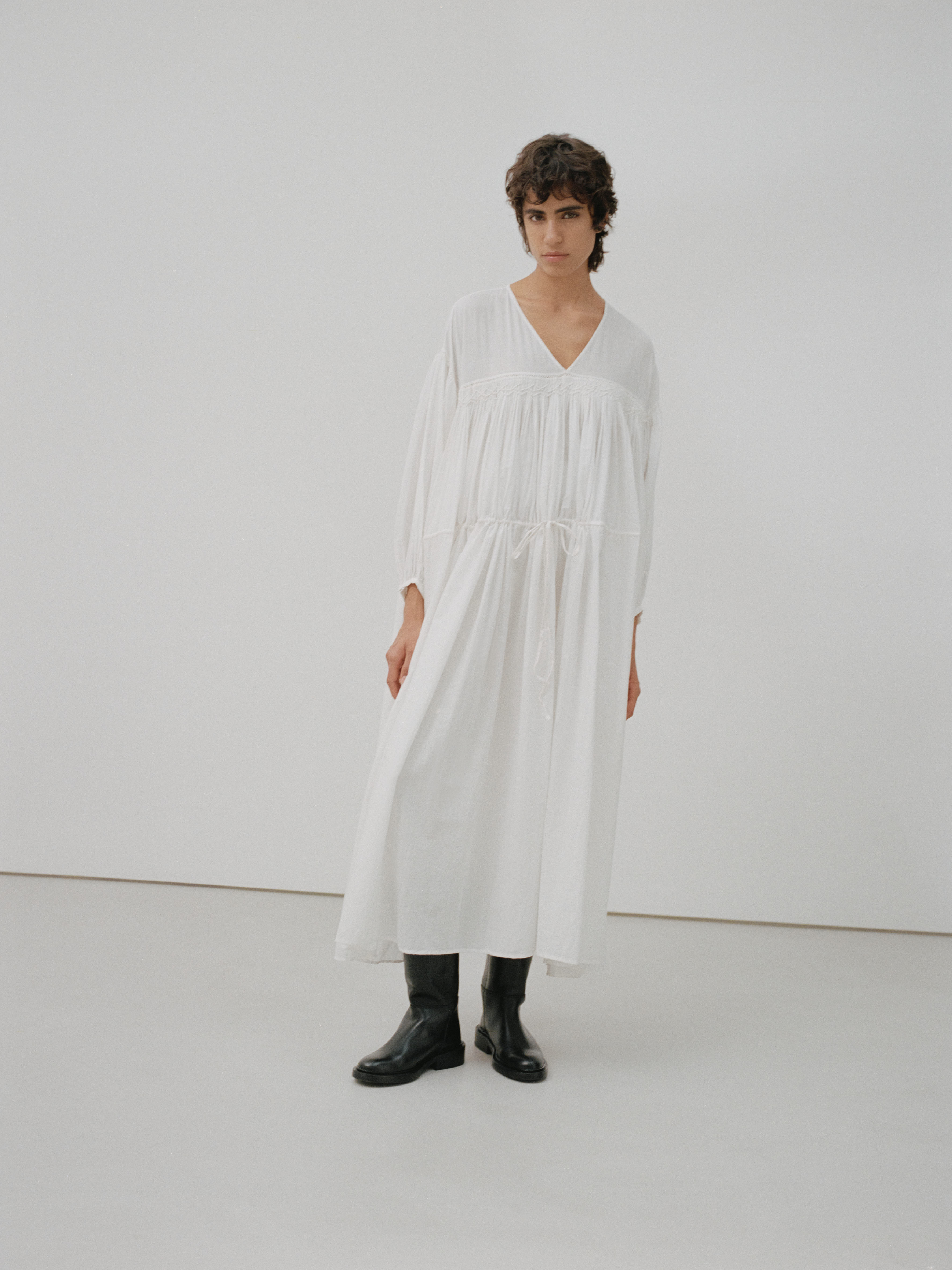 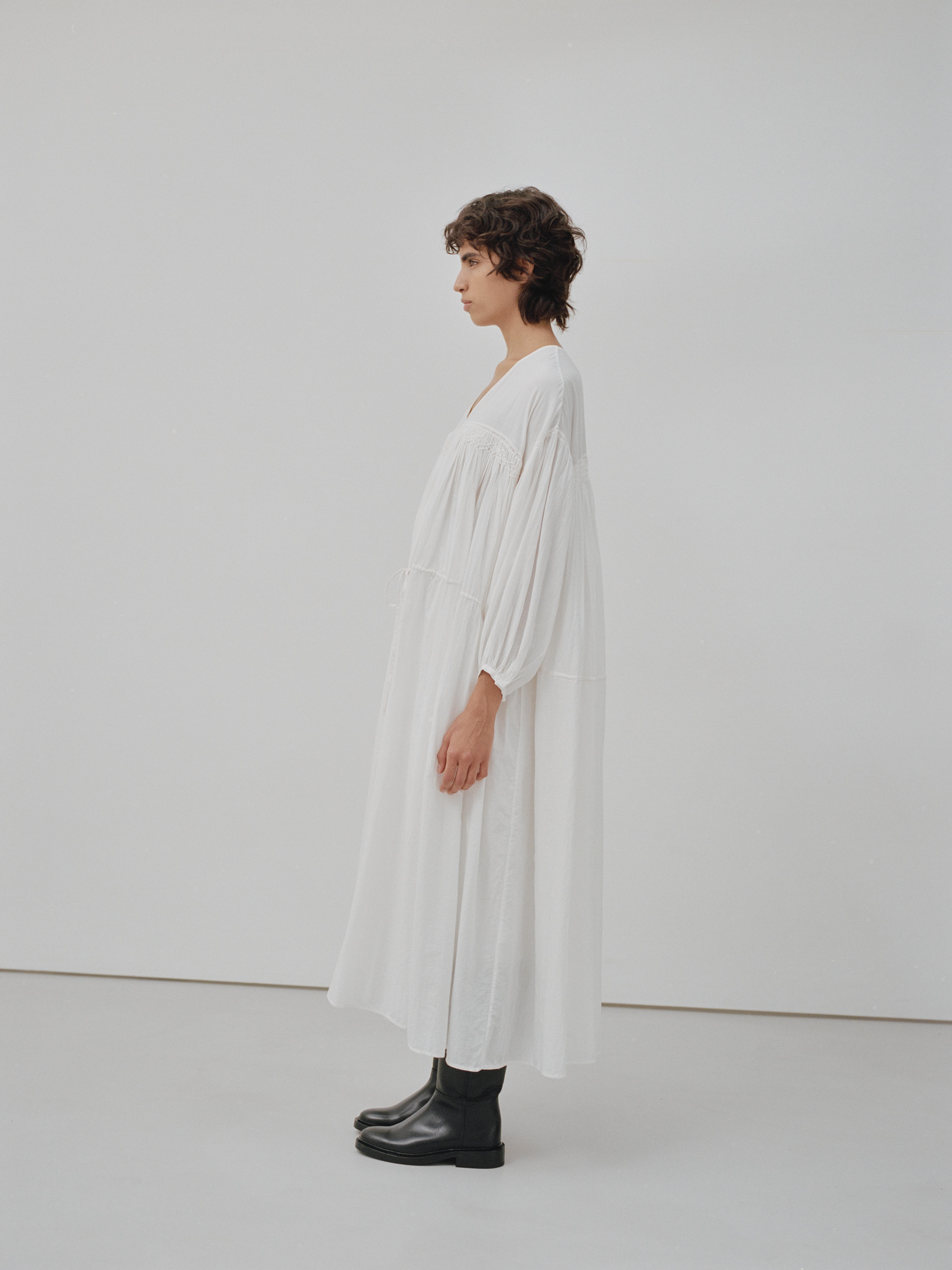 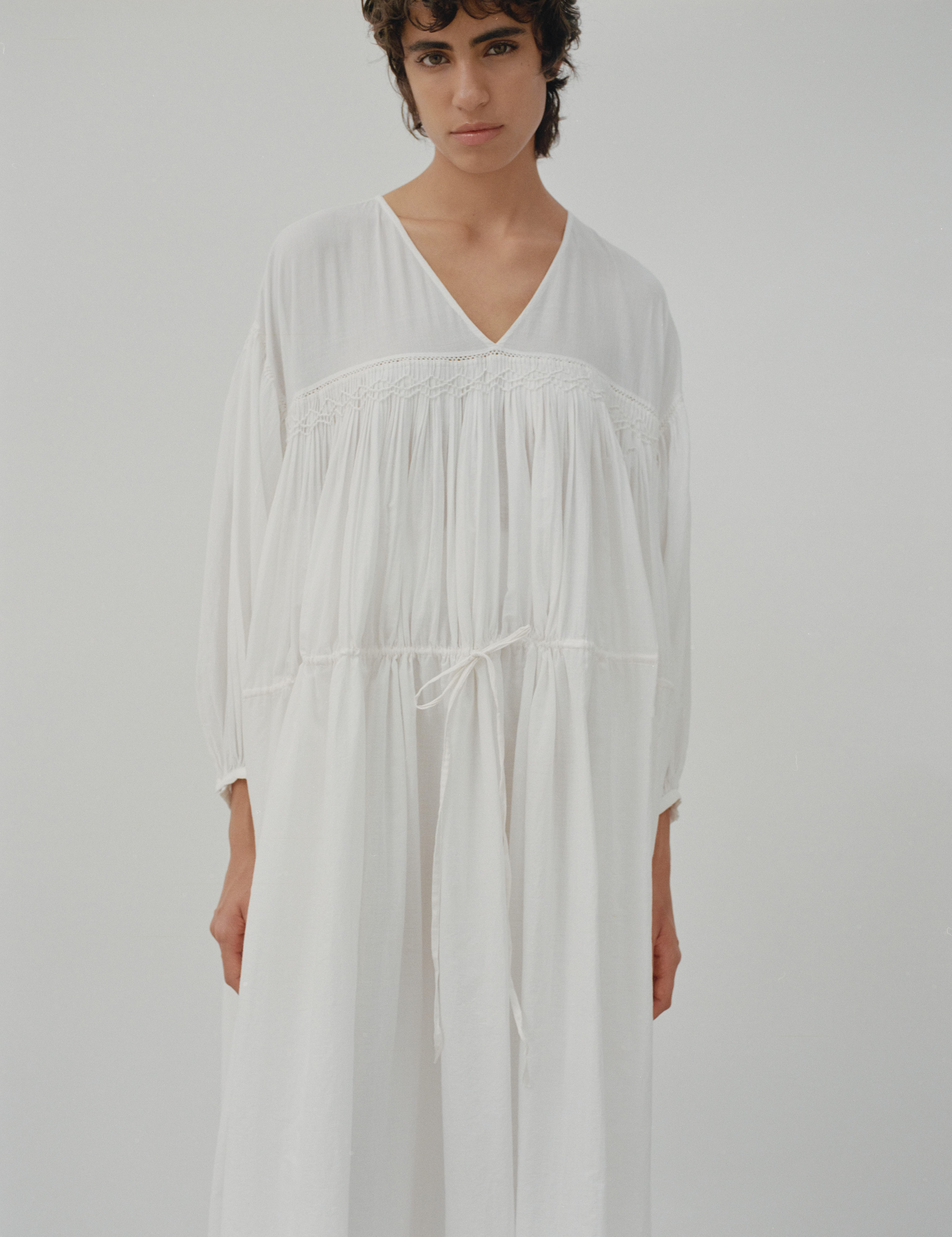 $695
This product is out of stock.
Product is not available in this quantity.
Details
Size & Fit
Shipping & Returns

The Kaila Poet Maxi Dress is handwoven featuring a gentle v-neckline with hand embroidered and smocking artwork. It has long-sleeves, a drawstring waist tie, and clean finish hem. Mulmul is a soft and fine plain weave of cotton which is also known as muslin. Available in One Size. Made in India.

Anaak has partnered with the non-profit organization Kala Swaraj Foundation on their Magtha Project. Magtha means handloom in the local language of weavers in the Chhindwara district of Madhya Pradesh. With the mission to revive handloom weaving and integrate local craft production with local agricultural in the Sausar, Lodhikheda, and Mohgaon villages of Chhindwara, it was estimated that more than 160,000 weavers were active in the late 1800s, but sadly much of the region’s traditional artisanal culture was lost after machine weaving was introduced during British rule. Today. we are working to preserve this ancient craft and employ 500 handloom weaving families.